More
HomeNewsScience and SpaceSnapdragon 8 Gen 2 benchmarks may pose a significant challenge to the... 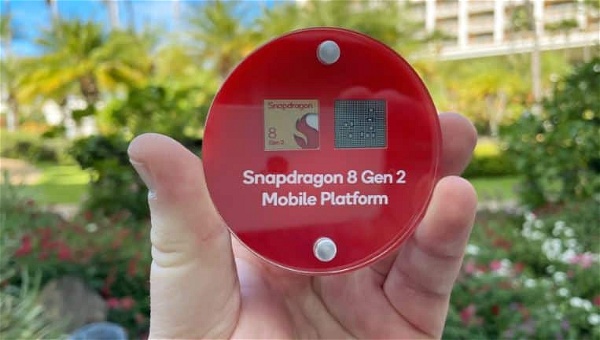 In Science and Space: The iPhone’s A-series System-on-Chip (SoC) is the mobile processor that sets the tone in the mobile industry. We have been waiting for years for competitors to come up with a decent alternative, and we may finally have one. The Snapdragon 8 Gen 2 that will power 2023 Android phones like the Galaxy S23 series may pose a significant challenge to the A16 Bionic in the iPhone 14 Pro and Pro Max.

Qualcomm’s latest flagship processor will power any Samsung Galaxy S23 variant. Moreover, the silicon Samsung gets may be exclusive to the S23 series. Either way, the base Snapdragon 8 Gen 2 chip already looks impressive. Initial Geekbench 5 benchmarks indicate that the processor can almost rival Apple’s iPhone 14 Pro.

The iPhone 14 Pro Max scored 1884 (single-core) and 5431 in a recent test. That may be a modest but notable performance boost over the A15 Bionic in the iPhone 13 and affordable iPhone 14. But it’s still well above what other 2022 flagship smartphones can offer. The Pixel 7 Pro, for example, is no match for the iPhone 14 Plus.

Ice Universe noted that the Snapdragon 8 Gen 2 powering the Galaxy S23 will deliver 45% more multi-core performance than the Galaxy S22’s Exynos 2200 in European and Korean Galaxy S22 devices. Regarding GPU performance, it teased 60% improvements over the Exynos 2200, plus power efficiency gains of up to 88%.

It will be interesting to see actual Galaxy S23 benchmarks, which have yet to leak out. If the rumors are true, Samsung’s 2023 phones will get an exclusive SoC variant that is even better optimized. That means the devices may score even higher in benchmarks than the Vivo phone’s Snapdragon 8 Gen 2 variant.

How to Open PowerShell Admin on Windows 11

Stop Sharing Location Without Them Knowing on iPhone

How to Run Yidio on Windows 11 PC

How to Fix GTA V Low Framerate Issue on Windows