More
HomeNewsSportsCoach Felix Sanchez: Qatar should not be seen as a failure

Coach Felix Sanchez: Qatar should not be seen as a failure 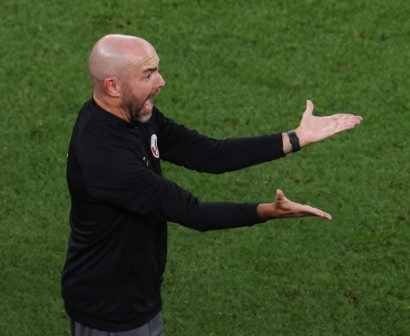 News Sports: Qatar coach Felix Sánchez said Qatar should not be branded a ‘failure and disappointment’ after losing to Senegal in the second group stage match on Friday.

Qatar, the reigning Asian champions, are participating in their first ever World Cup.

Qatar were eventually able to score a goal in the tournament after losing their opening match against Ecuador, but the African side lost 3–1 to him and finished scoreless in the bottom of Group A.

“I think we played a good game. If you come here, you need to know where you are from (as a country). If this is a failure and you get discouraged, it’s up to you,” Sanchez told reporters.

“We know how tough this competition is. We wanted to go far, but as a country we know our limits,” added Sanchez.

“It’s a small country and doesn’t have a lot of people. Local leagues are not very competitive. “It’s my first time at the World Cup. If I could do it all over again, that would be great. Having more experience always helps.”

When asked if the team had reached the end of the cycle, Sanchez disagreed, but admitted that there could be changes if they defend the Asian Cup crown next year. “We have some young players and some experienced players… Our goal is very clear. We have a generational shift. Some players will leave, some will come,” he said.

“There may be new players in the Asian Cup next year, some players may not be at their best for a long time, but it is not the end of the cycle.”

Use Grammarly on a Windows 11

How to add new Wi-Fi network profile on Windows 11

How to shazam a song that already on Device

How to Enable or Disable Hotspot in Windows 11

How to Install Typhoon TV on Firestick/Fire TV/Android Box