For the 2023 Formula 1 season, Daniel Ricciardo will return to Red Bull as a third driver 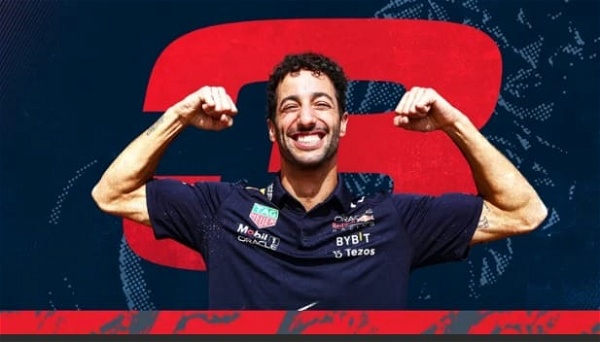 News Sports: Daniel Ricciardo is “delighted to be back home” after being confirmed as Red Bull’s third driver for the 2023 Formula One season.

Ricciardo said: “The smile says it all, I’m really excited to be back at Oracle Red Bull Racing as our third driver in 2023.

“I have a lot of fond memories of being here, but the hospitality of Christian, Dr Marko and the whole team is something I really appreciate.

“As test driver and third driver, Daniel will give us the opportunity to diversify, help develop the car, help the team with his experience and knowledge of what it takes to succeed in F1.”

The Australian hopes to return to F1 in a competitive seat in 2024 but admits time away from the grid could change his mind. “I know that I want to step away from the racing seat next year and just compete,” Ricciardo said at the Abu Dhabi GP. “The past two years have obviously been pretty exhausting with struggles, so right after the summer break it was pretty clear to me that this is what I want and what will be best for me.

“So it was, ‘ok, what’s the next best thing?’ And the more I think about it, obviously being involved to some degree with a top team, that’s obviously preference. “It’s going to ignite the fire and make me more hungry and motivated than ever, or it’ll be like, ‘oh, this is the right thing for you. In that case… then I must be really happy.”

How to use text replacement shortcuts on iPhone

How to Choose the Best PCB Manufacturer

Hide Only Shut down or Restart Option Windows 11