More
HomeNewsTech NewsCristiano Ronaldo was hailed by FIFA as a "total genius" for Portugal's... 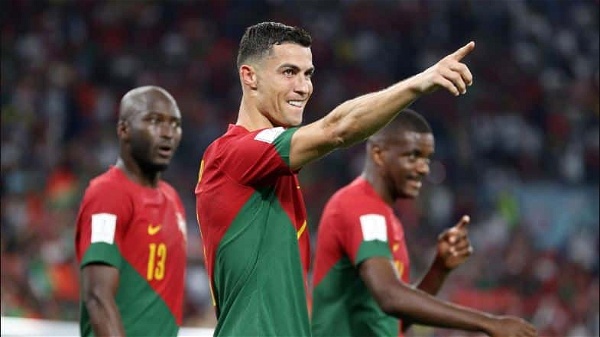 News Tech: Cristiano Ronaldo has been called a “total genius” by Fifa for the way he won a penalty kick for Portugal in their World Cup victory over Ghana.

Portugal won 3-2, but the awarding of the penalty kick infuriated Ghana boss Otto Addo, who said it “was not a penalty kick.”

So did Ronaldo, who went down after a challenge from Southampton defender Mohammed Salisu. Former England defender Matt Upson called it a “dive” on BBC Radio 5 Live.

Ghana boss Addo was furious after the defeat, telling BeIN Sports, “The referee gave a penalty that was not a penalty – everyone saw that. Why? Because it’s Ronaldo or something? “The referee was not in our favor.”

But former Nigeria international Oliseh, who played at the 1998 World Cup, believes Ronaldo was smart in his action to win the penalty, allowing him to score his 118th international goal. “Maybe strikers are getting smarter,” Oliseh said.

“About Ronaldo’s penalty, people can say what they want, but the cleverness of waiting that second, touching the ball, putting his leg through and then getting the contact. That’s genius. “Let’s credit the strikers for getting smarter. VAR is also a major cause of that (more penalties are awarded). Referees can look at it three or four times.”

A fifth followed Friday when England and the United States played out a stalemate in their second match in Qatar. The record number of 0-0 draws at the World Cup stands at seven, which happened on four different editions of the tournament, but Qatar 2022 is already close to that number with only 20 of the 64 matches scheduled completed before Saturday’s games.

There were four scoreless games in the first 16 matches, a new record of 25% in the first round of group matches. ‘Teams are getting braver’

How to Install Aspire Kodi Build on Firestick/Android

How to Install Kryptikz Kodi Build on Firestick/Android

How To Install I AM Groot Kodi Addon

Turn off Get me up to date settings on Windows 11